Broker Dispute offers a range of services to people who have lost money to frauds of all kinds. We consult with our clients, launch investigations and create a roadmap that empower people to begin the fund recovery process. 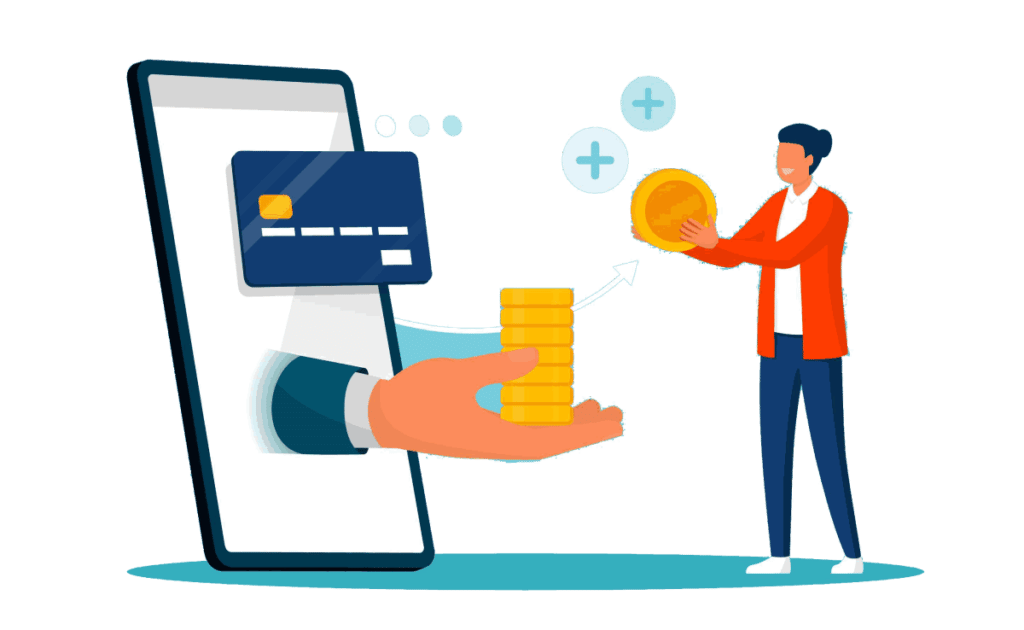 File a Crypto complaint today! If your funds were stolen by an Forex or Crypto scam broker, CFD, or any other financial fraud broker that was masquerading as a brokerage, we can advise you what to do and with whom to consult in order to retrieve your money.

BrokerDispute.com encourages you to fight back against scam brokers. It’s certainly worth the effort. Don’t let the bad guys win by standing still. If we can help you – we will! Feel free to call us now: +442036080829. Together we can fight!

Although no one can guarantee 100% that scam victims will get all of their money back from a fraud, seeking assistance from a Broker Dispute will significantly increase your chances of getting your money back. Our approach is empowering our clients to pursue crypto recovery. Therefore, we give you the tools and the support you need to bolster your claim and pursue your complaint.

Consult with us right away if you feel you’ve lost money to a crypto scam or another type of fraud. The sooner we can help you, the greater your chances of fund recovery success.

You can expect the following from our scam recovery services: 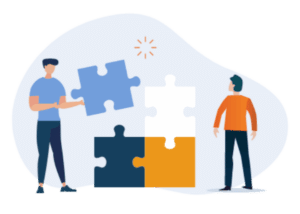 The minute you suspect your funds have been stolen by a crypto scam or another type of fraud, consult with Broker Dispute professionals. We will discuss your case and ask for documents that will corroborate your case.

We recommend that you have ready documentation of communications between you and the suspected broker scam or crypto scam. This includes emails, texts and screenshots of websites.

Once we have gathered information, we’ll launch a detailed investigation into the suspected fraud. For instance, with crypto investigation, Broker Dispute uses advanced technology and bitcoin forensics techniques to detect patterns on the blockchain that can unmask the identities of suspected crypto scams. We then create a crypto report that you can present to law enforcement, which is an essential step toward crypto recovery.

Whether you’ve lost money to a crypto scam, a forex scam or another type of fraud, we’ll give you the information and tools you need to pursue your case. In addition, Broker Dispute will map out a strategy that will help you succeed with fund recovery.

Consult with us right now

The number of crypto scam brokers is increasing globally and Australia is not immune from its share of frauds targeting the public. ASIC or the Australian Securities and Investments Commission warns the public about Australian scam brokers as well as trends in fraud that consumers should be aware of.

If you see an alert from the ASIC issuing red flags about Australian Scam brokers, pay attention to it! It’s important to stay current on general warnings from the ASIC about avoiding potential crypto scams. They highlight problematic and unregulated brokers and crypto scams targeting the public.

ASIC has warned the public to pay attention to the following signs of a potential broker scam or crypto scam: 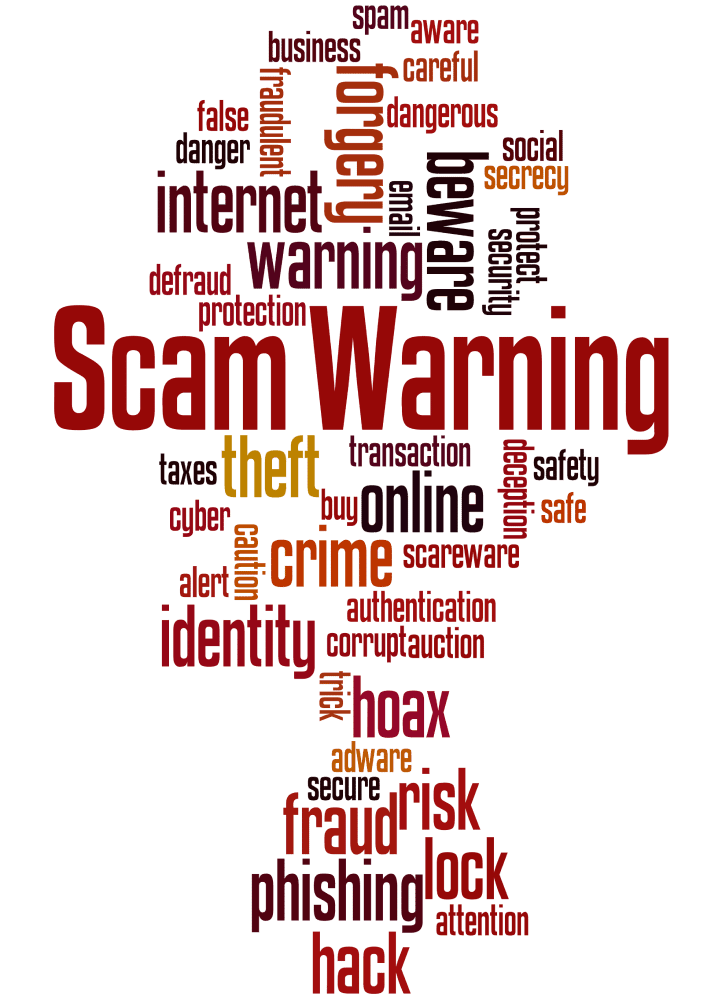 It’s important to stay current with ASIC updates. They may warn you about specific Australian scam brokers or they may give a heads up on scam trends. It’s important not to under any circumstances sign up with a broker that has been flagged by the ASIC or other financial brokers. Instead, look for a regulated broker with a solid reputation. Don’t take a chance with a broker that doesn’t bother getting a license.

The Rising Tide of Crypto Scams?

Crypto scams are the fastest growing type of internet fraud. The FBI has warned the public to beware of bitcoin scams and to use caution when making transactions on the blockchain.

We’ve all run across examples of crypto scams. We see them on social media, on phony ads and Whatsapp and email spam. Some are obvious bitcoin scams, but others are disguised as seemingly legitimate investment opportunities. 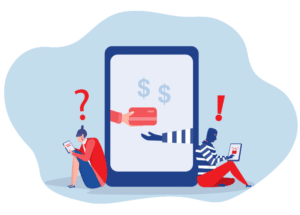 File a complaint against Crypto Scam

Is Crypto a Scam?

It seems that there are more cryptocurrency scams than legitimate digital currency opportunities. We may wonder if cryptocurrency is worth getting involved in at all or if it’s all a bit fraudulent. This is too radical a conclusion. There are safe ways to use and trade cryptocurrencies. However, staying safe on the blockchain means understanding how bitcoin scams work as well as bitcoin recovery services.

There are hundreds, if not thousands, of categories of crypto scams. In fact any type of traditional fraud can have a cryptocurrency element if they make their targets pay with crypto coins. The following are the most common types of crypto scams we come across through investigating online fraud and dealing with our clients.

If you get a message that you can double your money with a crypto investment, this is an example of a bitcoin trader scam. Some of these operations can seem like obvious fly-by-night scams with hyped up messages and low-quality content and graphics. However, other bitcoin trader scams are hidden behind professional-looking websites and fake claims about licensing.

New coins can be exciting, but unfortunately, the majority of ICOs or Initial Coin Offerings are fake—it is estimated the number is around 80%. Before investing in a new crypto coin, it’s essential to do thorough research into the credentials of the people behind the initial coin offering.

Bitcoin mining scams often look like bitcoin trader scams, but they deal specifically with mining. In either case, there isn’t anything actually being produced, but the whole purpose is to rob people of their money.

Cash App is an online payment platform used by 40 million people worldwide. It’s no mystery that fraudsters would see these millions of people as potential targets for their Cash App bitcoin scam.

A Cash App bitcoin scam can take many forms. Someone may get to know you and convince you to send money via Cash App to take advantage of a “once in a lifetime” crypto trading opportunity. They may ask you to use Cash App to purchase a brand new crypto coin that has no value or doesn’t exist.

Pig Butchering Crypto scams certainly have a vivid–if slightly grotesque–name, but it reflects what happens to the funds of people who are targeted by them. Many bitcoin scams like to operate quickly. They try to take your money as fast as they can and disappear.

However, pig butchering scams are different. These fraudsters see their target almost like livestock. They seem to be kind to them, and ask them to “fatten” their accounts with fake promises. The scammers may even give fake returns to convince potential victims that they are offering something legitimate. However, in the end, they end up slaughtering their victims’ finances and stealing from their accounts.

The prime example of pig butchering crypto scams is Sam Bankman-Fried’s FTX exchange and his crypto hedge fund Alameda Research. Bankman-Fried seemed to nurture his top clients and gave them extravagant gifts, when in the end, he was running a crypto Ponzi scheme and no actual trading was going on.

Many people look for love online. There isn’t anything wrong about that as long as the other person isn’t after your money. Romance scammers target lonely people. They build up an online relationship with them. Often they’ll convince people that they have a lot of money with fake pictures of luxurious homes, swimming pools and classic cars. They may even have fake pictures of themselves. In spite of this apparent wealth, they inevitably will ask their target for money, usually through crypto transactions.

Their excuses may vary. A romance scammer may say they have a large amount of money that has been locked down because of a misunderstanding and they need to pay a fee to get access to it. They may claim to have been hacked. Whatever excuse they make, unfortunately, the other person is likely to listen if they’ve already surrendered their hearts. They end up, however, surrendering their funds.

It’s fine to make new contacts online, but we recommend ditching them if they start talking about money. There is no need for someone to ask for money if they are really interested in a relationship. This can be hard to hear, but it’s necessary to stay safe.

ARE YOUR PART OF THE COMMUNITY OF VICTIMS?

Fight Back - File Your Complaint Now

Victims of brokers usually are confronting very similar problems.  They may be unable to withdraw funds, they may find their account balance at zero after all of their funds were traded away by the account manager, they may have been given intentionally bad advise. Get help! — we assist people daily to navigate through this process.

Chargebacks are one of the most common types of fund recovery. Sometimes the chargeback process can be straightforward, but some cases can be complicated. A chargeback, meaning a reversal of charges from a transaction, can be done more easily on some payment methods, such as credit cards than others, including the blockchain. 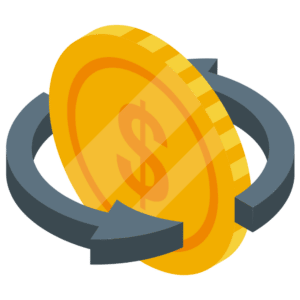 Chargebacks are most commonly associated with credit cards. If you see an unauthorized charge on your credit card, you may be able to simply ask the issuing bank for your credit card company to reverse the transaction. This is especially true if you’ve already reported your credit card lost or stolen.

The credit card company will consider an unauthorized charge on your credit card as fraud and will usually grant you a chargeback. However, if you’ve made a purchase with a merchant that turns out to be fake or if you’ve opened an account with a scam broker, you’ll need to make a claim and begin the dispute process.

The main difference between a chargeback and a refund is that the chargeback meaning is a reversal of a transaction, as if it never took place. There may be a record of the transaction, but it was simply reversed.

However, a chargeback can be done without the agreement of the recipient, if the issuing bank or the payment platform agrees that what has taken place is actually fraud. 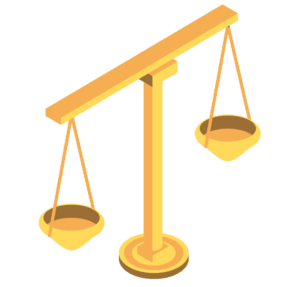 Credit card chargebacks are the original type of chargeback. However, with the multiplicity of payment methods, including payment platforms such as Paypal and bitcoin, chargeback meaning has extended to cover additional categories, including the following:

A Paypal chargeback process is similar to a credit card chargeback. Instead of dealing with an issuing bank, the claimant initiates the dispute resolution process with Paypal. Unauthorized charges will be treated as fraud. Authorized charges with suspected scams are dealt with by Paypal adjudicating between the customer and the merchant, who can both make their case.

Strictly speaking, a chargeback meaning reversal of funds isn’t possible on the blockchain. Once a cryptocurrency transaction is made, it is recorded on the blockchain, which uses ledger technology. No transactions can be reversed. Instead, you’ll need to get a refund from the scam broker or merchant.

Of course, crypto scams aren’t likely to agree to refund money. That’s what makes crypto recovery challenging. That’s why it’s important to contact Broker Dispute experts who will  launch a full investigation into your crypto case, create a crypto report and map out a strategy that will improve your chances of success with your crypto recovery claim.

Fight Back Against Scammers

Issue a complaint and get back on your feet.